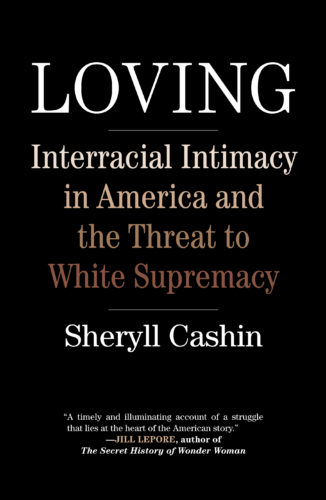 Loving: Interracial Intimacy in America and the Threat to White Supremacy

Loving beyond boundaries is a radical act that is changing America. When Mildred and Richard Loving wed in 1958, they were ripped from their shared bed and taken to court. Their crime: miscegenation, punished by exile from their home state of Virginia. The resulting landmark decision of Loving v. Virginia ended bans on interracial marriage and remains a signature case—the first to use the words “white supremacy” to describe such racism.

Drawing from the earliest chapters in US history, legal scholar Sheryll Cashin reveals the enduring legacy of America’s original sin, tracing how we transformed from a country without an entrenched construction of race to a nation where one drop of nonwhite blood merited exclusion from full citizenship. In vivid detail, she illustrates how the idea of whiteness was created by the planter class of yesterday and is reinforced by today’s power-hungry dog-whistlers to divide struggling whites and people of color, ensuring plutocracy and undermining the common good.

Cashin argues that over the course of the last four centuries there have been “ardent integrators” and that those people are today contributing to the emergence of a class of “culturally dexterous” Americans. In the fifty years since the Lovings won their case, approval for interracial marriage rose from 4 percent to 87 percent. Cashin speculates that rising rates of interracial intimacy—including cross-racial adoption, romance, and friendship—combined with immigration, demographic, and generational change, will create an ascendant coalition of culturally dexterous whites and people of color.

Loving is both a history of white supremacy and a hopeful treatise on the future of race relations in America, challenging the notion that trickle-down progressive politics is our only hope for a more inclusive society. Accessible and sharp, Cashin reanimates the possibility of a future where interracial understanding serves as a catalyst of a social revolution ending not in artificial color blindness but in a culture where acceptance and difference are celebrated. 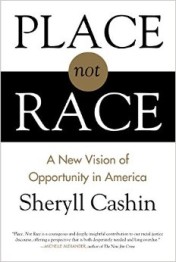 Place, Not Race: A New Vision of Opportunity in America

In Place, Not Race, Cashin reimagines affirmative action and champions place-based policies, arguing that college applicants who have thrived despite exposure to neighborhood or school poverty are deserving of special consideration. Those blessed to have come of age in poverty-free havens are not. Sixty years since the historic decision, we’re undoubtedly far from meeting the promise of Brown v. Board of Education, but Cashin offers a new framework for true inclusion for the millions of children who live separate and unequal lives. Her proposals include making standardized tests optional, replacing merit-based financial aid with need-based financial aid, and recruiting high-achieving students from overlooked places, among other steps that encourage cross-racial alliances and social mobility.

A call for action toward the long overdue promise of equality, Place, Not Race persuasively shows how the social costs of racial preferences actually outweigh any of the marginal benefits when effective race-neutral alternatives are available. 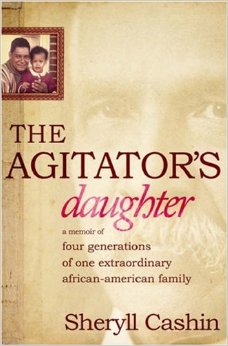 The Agitator’s Daughter: A Memoir of Four Generations of One Extraordinary African-American Family

A renowned law professor’s intimate chronicle of her family’s history as pioneers of social justice, and the ruinous price her father paid for their achievements. In following generations of Cashins through the eras of slavery, Reconstruction, Jim Crow, civil rights, and post-civil rights political struggles, Sheryll Cashin conveys how she came to embrace being an agitator’s daughter with humor, honesty, and love.


Buy on Amazon
Buy on Barnes and Noble
Buy on IndieBound

The Failures of Integration: How Race and Class are U 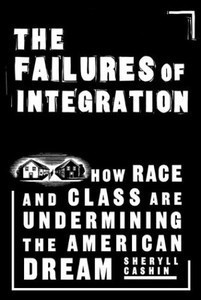 The Failures of Integration is a provocative look at how segregation by race and class is ruining American democracy. Only a small minority of the affluent are truly living the American Dream, complete with attractive, job-rich suburbs, reasonably low taxes, good public schools, and little violent crime. For the remaining majority of Americans, segregation comes with stratospheric costs. Cashin argues that we need a transformation-a jettisoning of the now ingrained assumption that separation is acceptable-in order to solve the riddle of inequality in America.