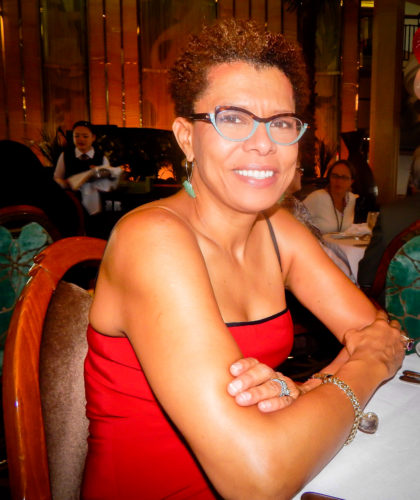 Sheryll Cashin writes about race relations and inequality in America. Her new book, Loving: Interracial Intimacy in America and the Threat to White Supremacy explores the history and future of interracial intimacy, how white supremacy was constructed and how “culturally dexterous” allies may yet kill it. Her book, Place Not Race (Beacon, 2014) was nominated for an NAACP Image Award for Outstanding Non-Fiction in 2015. Her book, The Failures of Integration (PublicAffairs, 2004) was an Editors’ Choice in the New York Times Book Review. Cashin is also a two-time nominee for the Hurston/Wright Legacy Award for non-fiction (2005 and 2009). She has written commentaries for the New York Times, Los Angeles Times, Washington Post, Salon, The Root, and other media.

Cashin is Professor of Law at Georgetown University where she teaches Constitutional Law, and Race and American Law among other subjects. She is Vice Chair of the board of the National Portrait Gallery, and an active member of the Poverty and Race Research Action Council. Cashin worked in the Clinton White House as an advisor on urban and economic policy, particularly concerning community development in inner-city neighborhoods. She was law clerk to U.S. Supreme Court Justice Thurgood Marshall. Cashin was born and raised in Huntsville, Alabama, where her parents were political activists. She currently resides in Washington, D.C., with her husband and two sons.